Details of the updated scheme

The revised Scheme consists of the following components:-

E - Improvement to the bus stop area on The Bridleway 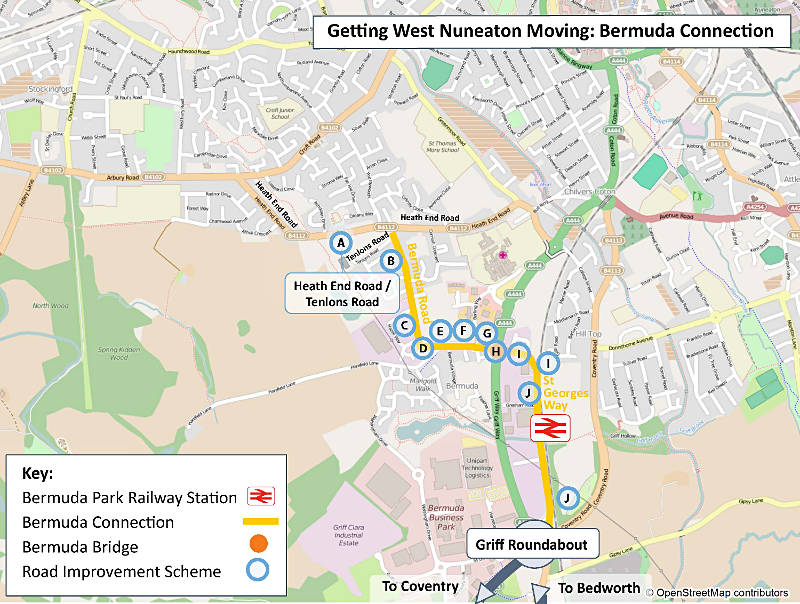 Opening the gated roads in Bermuda

The proposed route Bermuda Road – Harefield Lane – Mimosa Close – Walsingham Drive enabled through opening the gated roads would involve sections of new highway running through a wider mass of residential properties. This incurs a risk of introducing a higher level of noise and disturbance to local residents.

Notwithstanding, opening the Gated Roads has not been considered as the existing gates off Hazell Way and Harefield Lane are on private land, and the link would be entirely situated on private land and would not involve the use of public highway maintained by the council. Therefore, further consideration and delivery would need to be led by a third party, such as a Developer.

However, Getting West Nuneaton Moving: Bermuda Connection involves an: