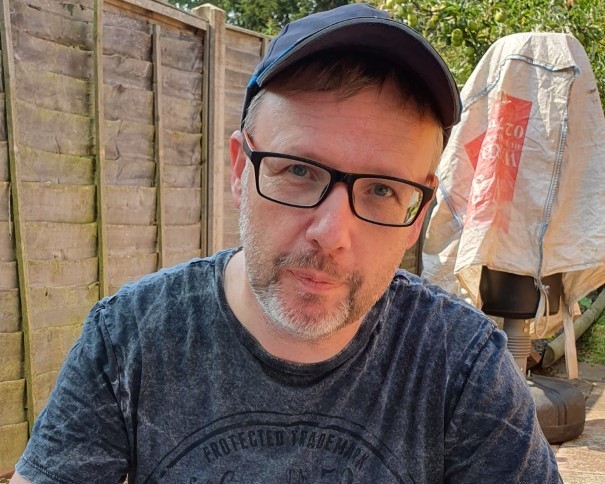 Back at the school where his journey in education began - with a family of his own and a Masters in Education, doing a job he loves!

Graham’s story continues where it began, in Camp Hill, Nuneaton. Growing up, he enjoyed school, he made good friends, and did well academically. He remembers being allowed a free choice project, and choosing languages. He thinks his interest was sparked by early shopping trips with his Nan or Mum and Dad when he discovered the language dictionaries in WH Smiths! Graham was in top sets at secondary school and in sixth form he chose to take French and German A Levels. His mother hoped he’d go on to University and secure a good future. But Graham needed a break from education. He decided to take a HND in Business and Finance and work in insurance.

In the end, though, the world of finance wasn’t his passion. He returned to his first love, languages, studying for his degree part -time over four years, alongside his teaching qualification. Graham and his wife had just bought their first house at the time, so a career change was a calculated risk. But it was a much better fit for his talents. He began teaching sessional classes and found he had a gift. After graduating, he worked at the Coventry Bangladesh centre with ESOL learners. ESOL teaching perfectly complements Graham’s lifelong fascination for language and culture, his commitment to and talent for teaching, and his appreciation for people from all walks of life.

At home with ACL, and always learning

When Graham joined ACL in 2013 he knew he’d be doing what he enjoyed most. In his spare time, he passed on his enthusiasm for martial arts to his daughters. Life settled into an agreeable pattern. As someone passionate about learning, should he challenge himself a bit further?

He decided to push on and take a Masters, with a dissertation on an area that fascinated him - the benefits, or otherwise, of teaching local dialect in ESOL. For example, if you learned English in Essex, how hard would it be to communicate in Warwickshire? And what is the best way to approach those challenges? Graham graduated in 2020. He thinks he’ll stop at a Masters ... for now. Graham says ‘I quite surprised myself at 18 not wanting to go to University’. His advice to anyone planning future learning? ‘Don’t rush. Step back and think. Ultimately, follow your heart.’

Find out more about learning English for speakers of another language through Adult Community Learning.