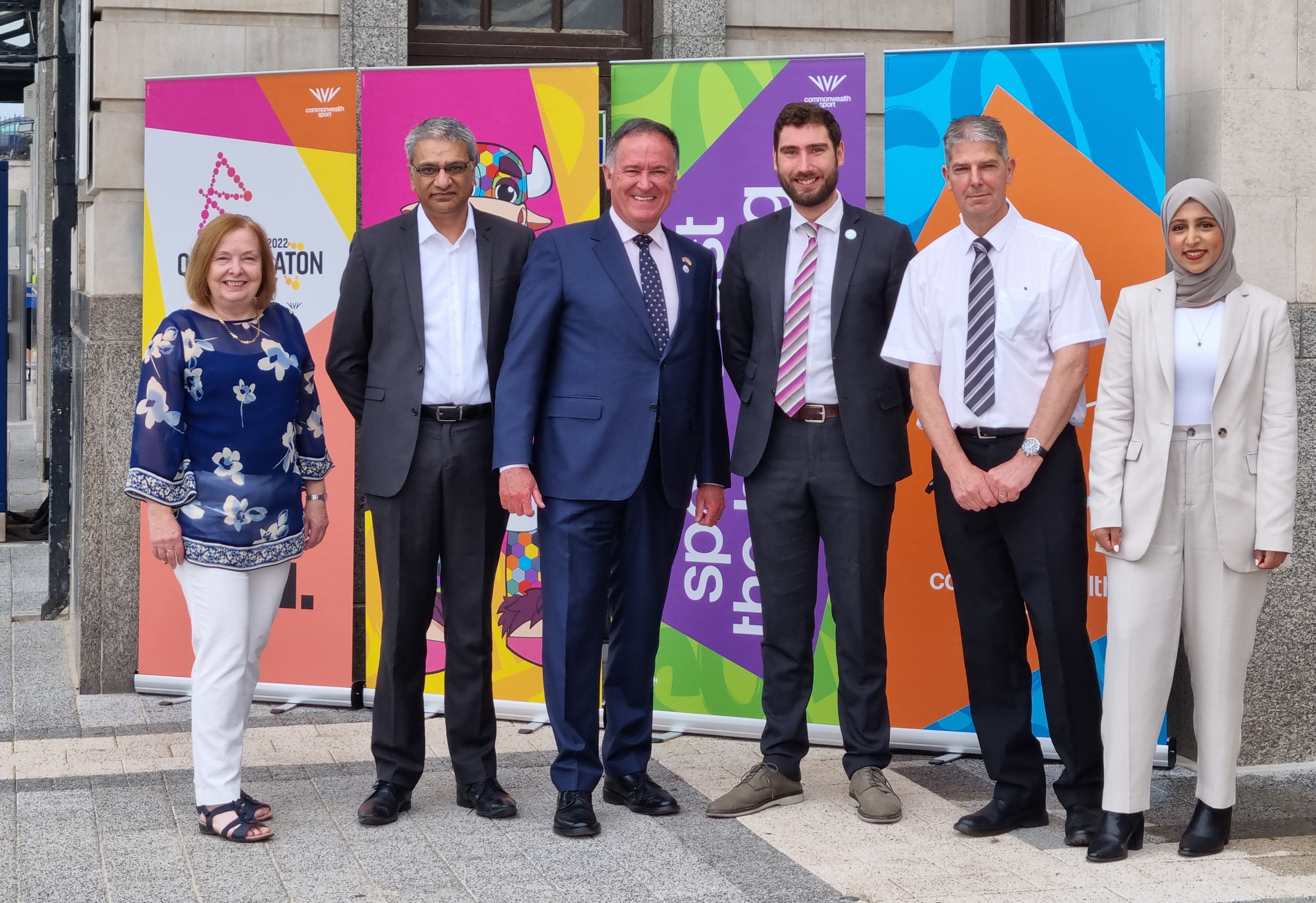 A near-£2m improvement scheme at Leamington Spa Station has been completed as Royal Leamington Spa prepares to welcome thousands of visitors for the Commonwealth Games.

The enhancements include the renewal and refurbishment of the station entrance and forecourt, making it easier for train users to start and complete their journey on foot, cycle or by bus and taxi.

Other improvements at the station forecourt and underpass include:

Councillor Wallace Redford, Portfolio Holder for Transport and Planning at Warwickshire County Council, said: “We are very excited to see the positive changes that are taking place across Warwick District ahead of this summer’s Commonwealth Games. Work on Royal Leamington Spa station, part of the £1.6m funding from the Local Growth Fund, will certainly help to give an excellent first impression to visitors from across the Commonwealth and ensure that Warwickshire remains firmly on the map for both domestic and international visitors."

Councillor Andrew Day, Leader of Warwick District Council, said: “The investment into our fantastic station will create an integrated transport hub enabling easy access to public transport and other modes of sustainable travel. Leaving a great legacy from the Commonwealth Games, which we will build on in future regeneration plans for Royal Leamington Spa.”

Sarah Windrum, Chair of Coventry and Warwickshire Local Enterprise Partnership (CWLEP), said: “Improving infrastructure is vital to Coventry and Warwickshire’s economy and meeting the Government’s Net Zero targets. These improvements to Leamington Spa Station will be welcomed by residents and visitors from across the UK and the globe during this summer’s Birmingham 2022 Commonwealth Games.”

Eleni Jordan, Commercial & Customer Strategy Director for Chiltern Railways, said: “We are delighted that these exciting improvements to the forecourt and underpass at Leamington Spa station have been completed. This project will make the station an even better place for visitors and regular customers to use ahead of the Commonwealth Games.

We are proud to be working with partners across the region to play our part in ensuring our stations are ready for what is expected to be a busy summer across the rail network in the West Midlands. The project at Leamington Spa will be a massive improvement for Chiltern’s customers and integrated transport within the wider community."

Denise Wetton, Network Rail’s Central Route Director, said:  “As well as providing better access to the station, these improvements will help to give a warm welcome to visitors to Leamington Spa during the Commonwealth Games. They give a fantastic first impression of the town that the railway and residents can be proud of for years to come.”

Further enhancements at Leamington Spa station are also planned to support and encourage sustainable travel. Work is currently being progressed to create a secure cycle hub facility near the station’s main entrance which will be completed in 2023.

Warwick District will be providing the venue for the Lawn Bowls and Para Lawn Bowls at Royal Leamington Spa's Victoria Park, and the Cycling Road Races on Sunday 7 August will start and finish on Myton Road near Myton Fields in Warwick.

Find out more about the project: www.warwickshire.gov.uk/leamingtonstation