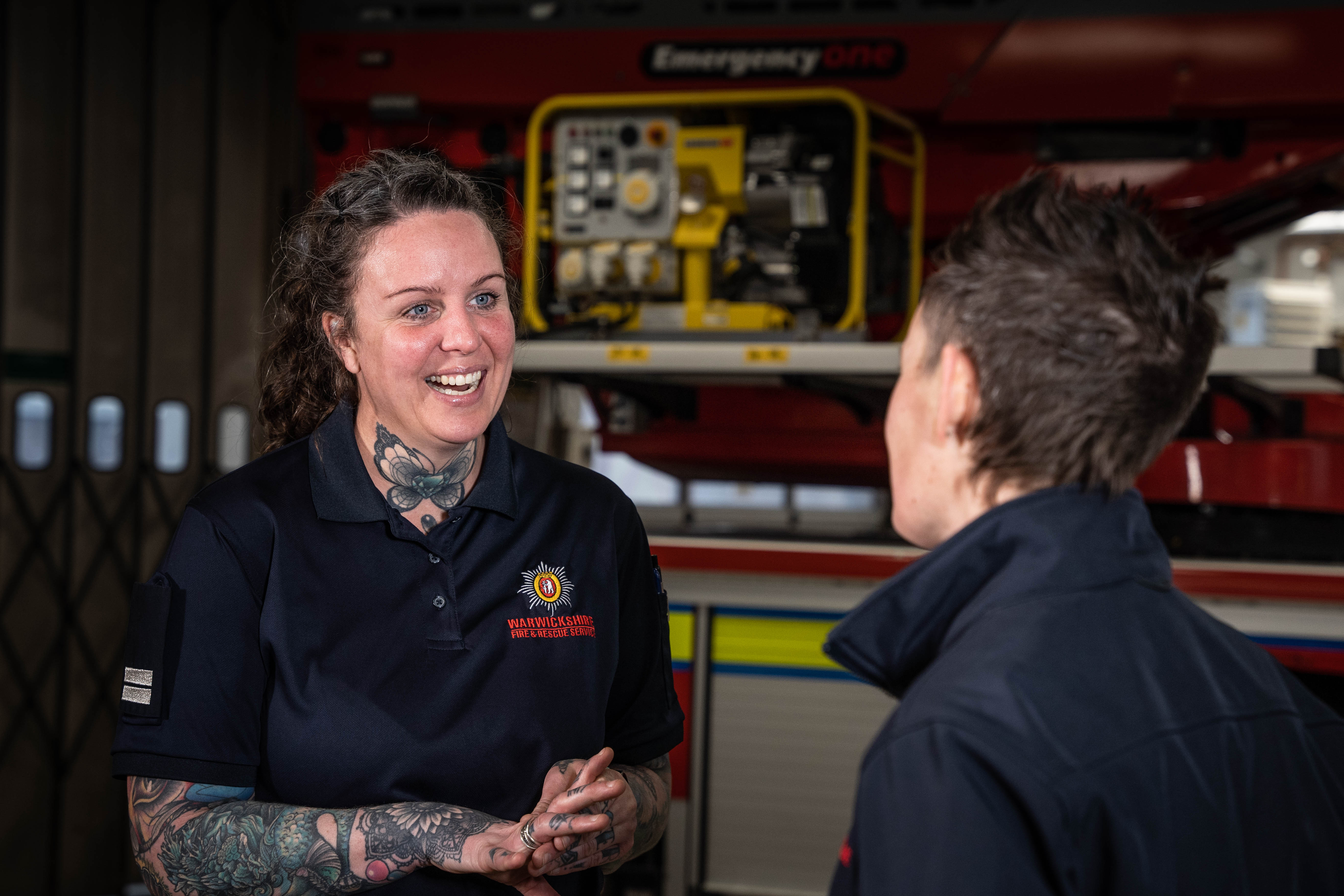 “The most rewarding part of the job is no doubt making a difference to the public, saving lives and educating people.”

Dawn started her career as a firefighter over 25 years ago at age 18. At that time, the fire service was still a heavily male-dominated field, and Dawn faced adversity from many directions. She recalls:

“Initially my mother was horrified – she believed a woman’s role in society was more traditional, and in some ways I’m not sure her thinking has changed. My father is immensely proud of me, though, as are my siblings and friends.”

Having known her whole life that she wanted to join the fire service, Dawn was very nervous when it came to her application. She made sure she was well-prepared for the process by approaching her local station for advice. She struggled with the grip strength test and was just under on her left hand. However, she was given the chance to repeat the test 6 months later and practiced by squeezing a tennis ball to make sure she made the required improvements.

As she began her career, she worked hard to overcome misconceptions and outdated ideas and prove her worth as a firefighter:

“As a woman, I had to challenge lots of attitudes and behaviours – this was important as it helped make the fire service a better place to work in the future, but it didn’t always make me popular! I wanted to be equal to the male firefighters and earn respect for being able to do the role as well as (if not better) than my male counterparts. I’d like to think I’ve proven this across my 25 years in the brigade.”

25 years on, her day-to-day looks a little different now she has risen to the role of crew manager. Alongside the typical firefighter roles, such as attending call-outs, visiting schools and completing safe and well visits in the community, Dawn also oversees the day-to-day running of the watch and leads training sessions for new firefighters. It’s her responsibility to make sure her team are safe and effective as they protect our communities. And for those joining the service, the landscape has developed from Dawn’s early days, with the diversity of people from all backgrounds being embraced to make a service fit for its purpose within a modern community.

With so many years in service, Dawn has faced many challenging incidents. She won an award for her bravery after attending a house fire where she saved a toddler’s life through CPR – “It’s heart-breaking to see the effect fire has on life.”

Despite the challenges she’s faced, her strength and resilience has enabled her to continue to pursue the career she always wanted: one where she could truly make a difference in the lives of others.

When asked what advice she would give to those considering becoming a firefighter, Dawn has these wise words – borne of years of experience and total commitment to the service – to offer:

“To do this job, you need some strength and grit about you as a character: you need to believe in yourself and channel any self-doubt into a positive way of thinking. As long as you’re willing to put in the effort to learn and improve, there’s always someone in the team who will support you.

“Be organised and aim to start a fitness plan six months before your physical tests, especially if you’re a smaller-sized person. Go and visit your local fire station and spend time asking the crews what they enjoy about their work, and importantly which aspects of the role are challenging. It is a challenge but isn’t everything in life that’s worth achieving.”

Applications for wholetime firefighters open on 25 July. If you think this life-changing career could be the right challenge for you, learn more at our final online information session.