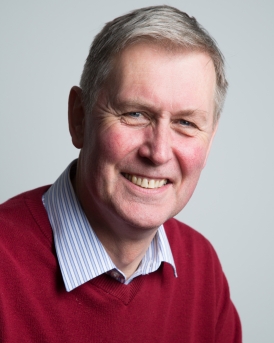 Warwickshire County Council members, officers, and leaders from across the political spectrum have united to express their profound sadness and sympathies at the news of the death of Cllr John Horner.

Warwickshire County Council members, officers, and leaders from across the political spectrum have united to express their profound sadness and sympathies at the news of the death of Cllr John Horner, Conservative Ward Member for Arden Division.

Cllr Horner has been a long-standing and well-respected servant to Warwickshire and its residents, being first elected to the County Council in 2013 and also serving as a member of Stratford on Avon District Council.

He was the Chair of the County Council’s Pension Fund Investment Sub Committee and an active member of the Staff and Pensions and Audit and Standards Committees, as well as holding the role of Vice Chair of the Council in the past municipal year.

Cllr Horner has lived in Claverdon for 18 years and will be remembered fondly as a passionate advocate for his local area. One of his many achievements during his time in office was the creation of the quarterly Arden Parish Clerks and Chairs Meeting. This group plays a key role in supporting and championing the interests of the local community. He was also instrumental in agreeing a range of community grants to a wide variety of charities, community groups and worthy causes in the Arden Division.

Cllr Horner is survived by his wife Lucy, four children, Christopher, James, Emma, and Simon. His four grandchildren, Joshua, Phoebe, Imogen, and Isla - and two more on the way.

“I am deeply saddened by the sudden death of John who has been a dedicated local Councillor, and a highly valued member of Warwickshire County Council. During his time on the Council, John has been a Member of Cabinet, Chair of Scrutiny and his intellect and ability saw him serve for several years on the Warwickshire Staff and Pensions Committee. I will personally miss him for his intellect and humour which made him such an important member of the Conservative Group.”

“I had the privilege to work with John throughout his time on Warwickshire County Council. He was a fantastic champion for his local community and a great ambassador for local government as a whole. John’s intelligence, warmth and passion were a huge asset to this Council, and he will be sorely missed by all who knew him.”