The October update on progress towards the A46 Stoneleigh Junction Improvement Scheme.

Throughout September, a variety of work has been completed on site with the layout of the road starting to take shape. The earthworks operations and drainage installations have continued throughout September, whilst work on the new Westley Bridge has progressed significantly with a total of thirty piles installed in the period, which serve as the foundations for the future bridge construction. Another significant milestone was conducted during this period with the introduction of narrow lane running and a temporary 50mph speed limit on the mainline A46. This narrow lane running (which includes the use of temporary vehicle restraint systems) is now in place on the live A46 mainline carriageway as well as southbound off-slip and northbound on-slip and is required to create safe working room for future construction operations such as the building of the new A46 bridge. 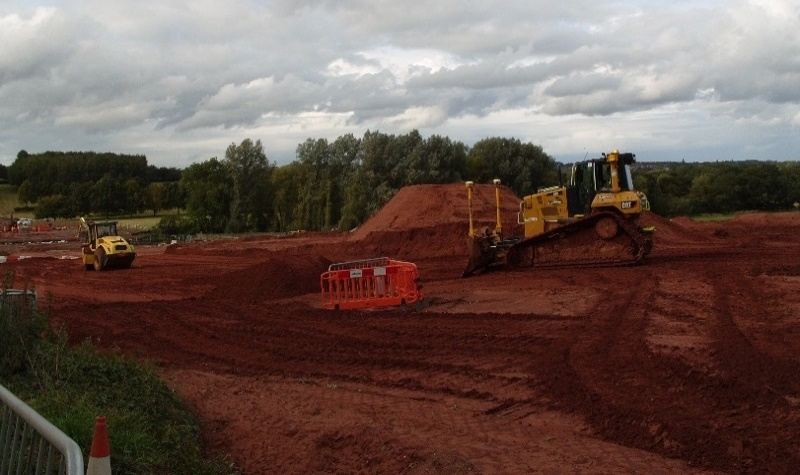 In late September, work commenced on installing the piling to the new Westley Bridge. A total of thirty piles were installed (fifteen on the north and fifteen on the south side of the brook), each one 7.5m long. Piles are defined as large reinforced concrete posts, which are installed within the ground to a stable bedrock surface and are designed to act as the support to the foundation of Westley Bridge by transferring the loads from the bridge (including from the traffic travelling across it) to the surrounding soil. The piles used a continuous flight auger which limited the disturbance in the surrounding soil and resulted in a reduced risk of damage to existing carriageway and bridge structure. After drilling, the auger was gradually removed, and concrete was pumped down into the hole before, finally a reinforcement cage was inserted into the concrete. Figure 2 illustrates through a collection of photographs the piling process, together with the equipment used. 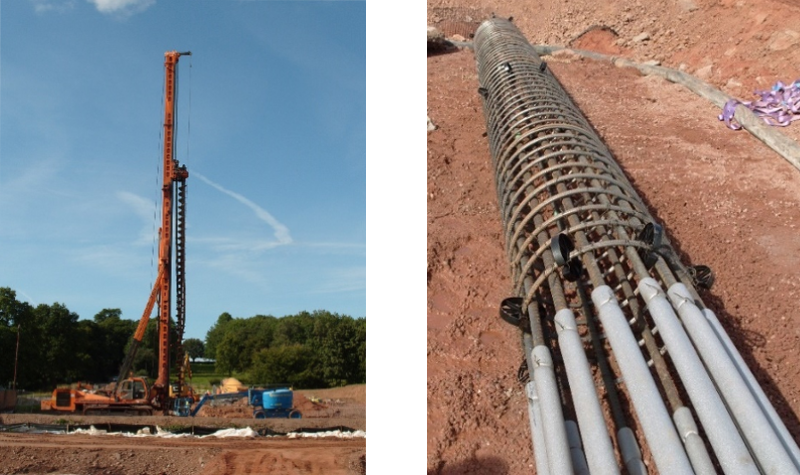 Vodafone Works on the Southbound Off Slip

Overnight closures commenced early September to install narrow lanes on the A46 which are used to ensure safe working conditions whilst construction work is undertaken on the mainline A46 in relation to street lighting, drainage, earthworks and ducting. The existing markings have been temporarily blacked out and new road markings applied to form the narrow lanes. Temporary cones, vehicle restraint system and lane markings have been used to close the left-hand verge and to create the working room needed.

Throughout the duration of the narrow lane operation there will be a reduced speed limit of 50mph. This will be enforced using Automatic Number Plate Recognition (ANPR) cameras which will record average vehicle speed and report any breaches to the Police. A  free vehicle recovery service will be provided to all vehicles travelling on the A46 within the narrow lane traffic management area. This service will be provided by a dedicated site team who will monitor the traffic flow 24 hours a day, 7 days a week in order to give an immediate response to any vehicle which breaks down or requires emergency assistance.

It is expected that the above traffic management will be in place until next summer. 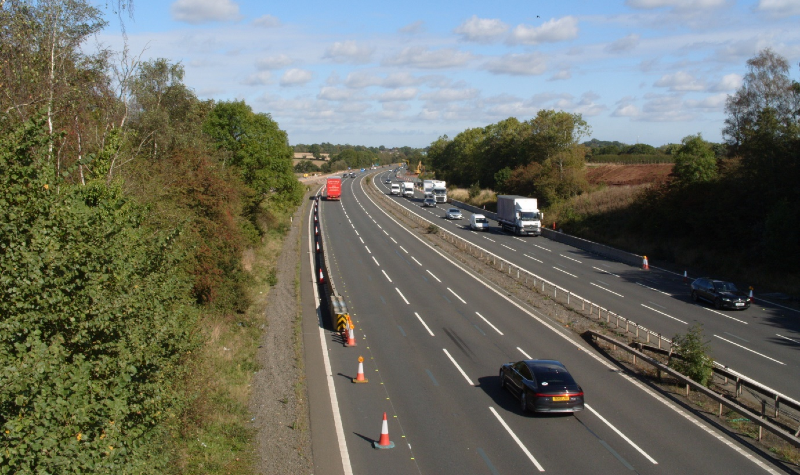 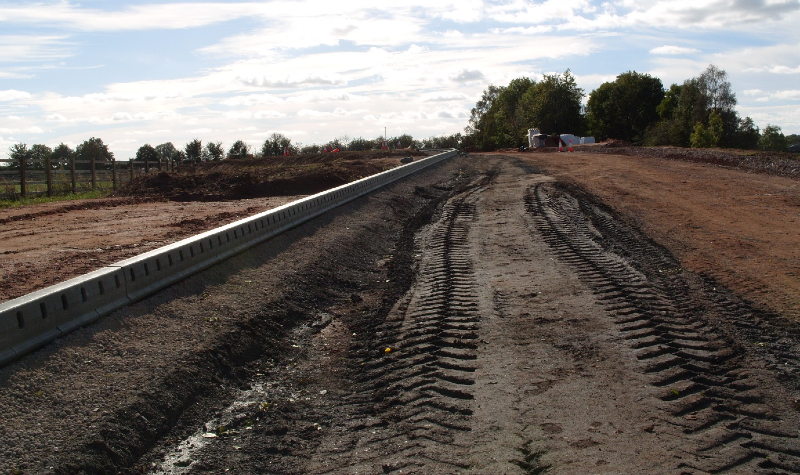 The earthworks fill process will continue, with a focus on raising the level of the ground in the site of the new Dalehouse Lane roundabout.  Construction work will continue on Westley Bridge and will involve installing a sheeted cofferdam on the north and south side of Finham Brook during the course of October. The cofferdam creates a dry working area through the use of sheet piles and will allow the continual build of the Westley Bridge main structure. It is expected that tarmac surfacing will also begin in October, with the main emphasis on surfacing the new northbound on-slip and southbound off-slip. This is to allow the traffic from the existing northbound on-slip and southbound off-slip to be transferred onto the new slip roads and the existing ones closed.  This will create a working area to facilitate the building of the new A46 bridge.