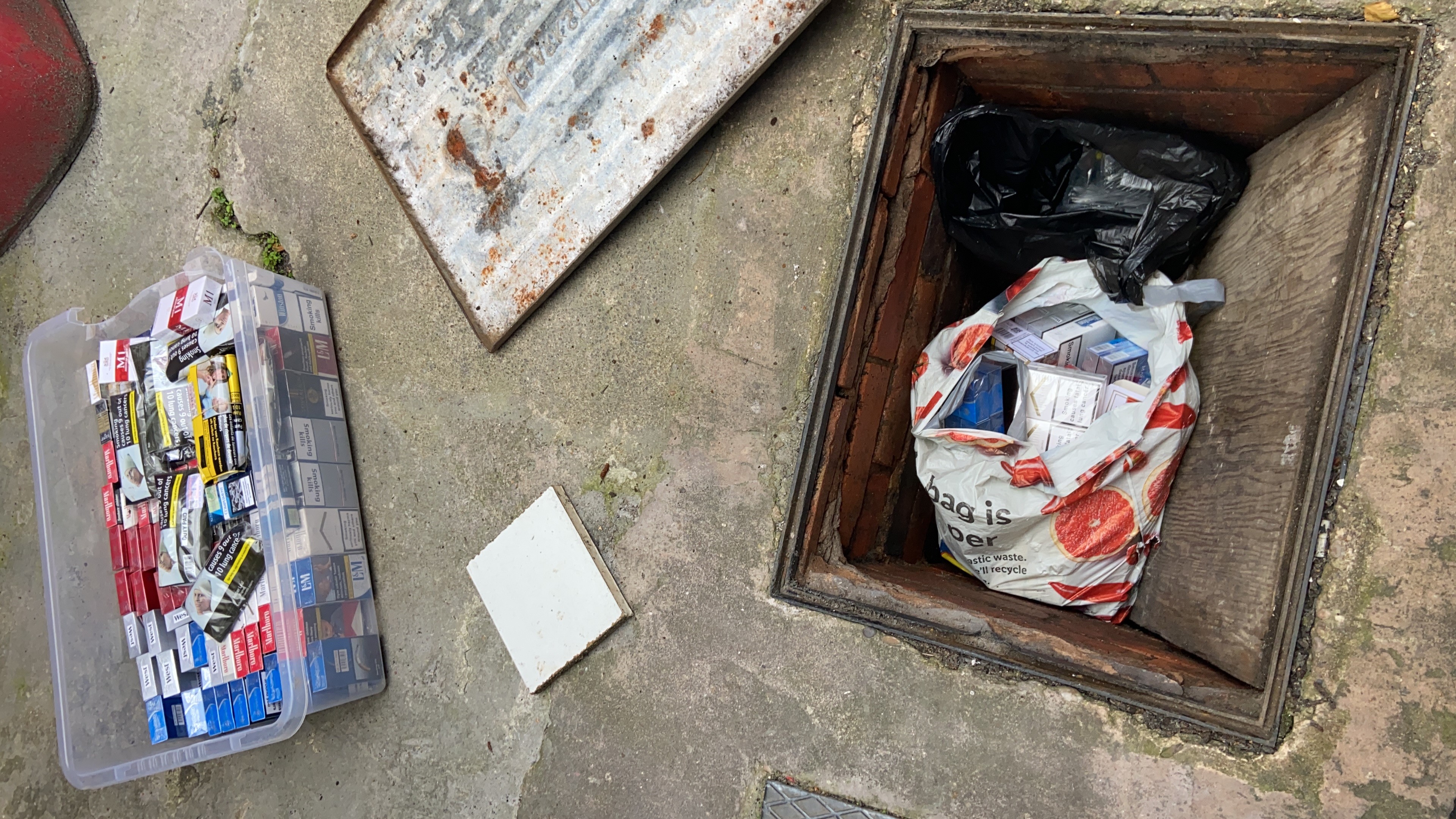 Illegal cigarettes and tobacco were discovered below a manhole cover, suspended above raw sewerage at the rear of a shop in Leamington Spa.

Over 30,000 cigarettes and 100 packets of hand rolling tobacco were seized when Warwickshire County Council Trading Standards Officers carried out raids on shops in the South Leamington area.

Acting on intelligence, Officers visited several shops and discovered suspected counterfeit and non-duty paid cigarettes and tobacco hidden in an outside drain, in wheelie bins on the roadside and in a secret hide located behind shelving.

“The criminal gangs that sell these products are warned that there is nowhere they can hide these products, that we won’t find them.”

“Warwickshire Trading Standards will continue to disrupt the activities of illegal cigarette and tobacco sellers and suppliers across Leamington Spa and Warwickshire.”

You can report the sale of illegal tobacco to Warwickshire Trading Standards via the Central England Trading Standards Authorities anonymous automated hotline: 0300 303 2636 or online: https://centsa.org.uk/anonymous-hotline/