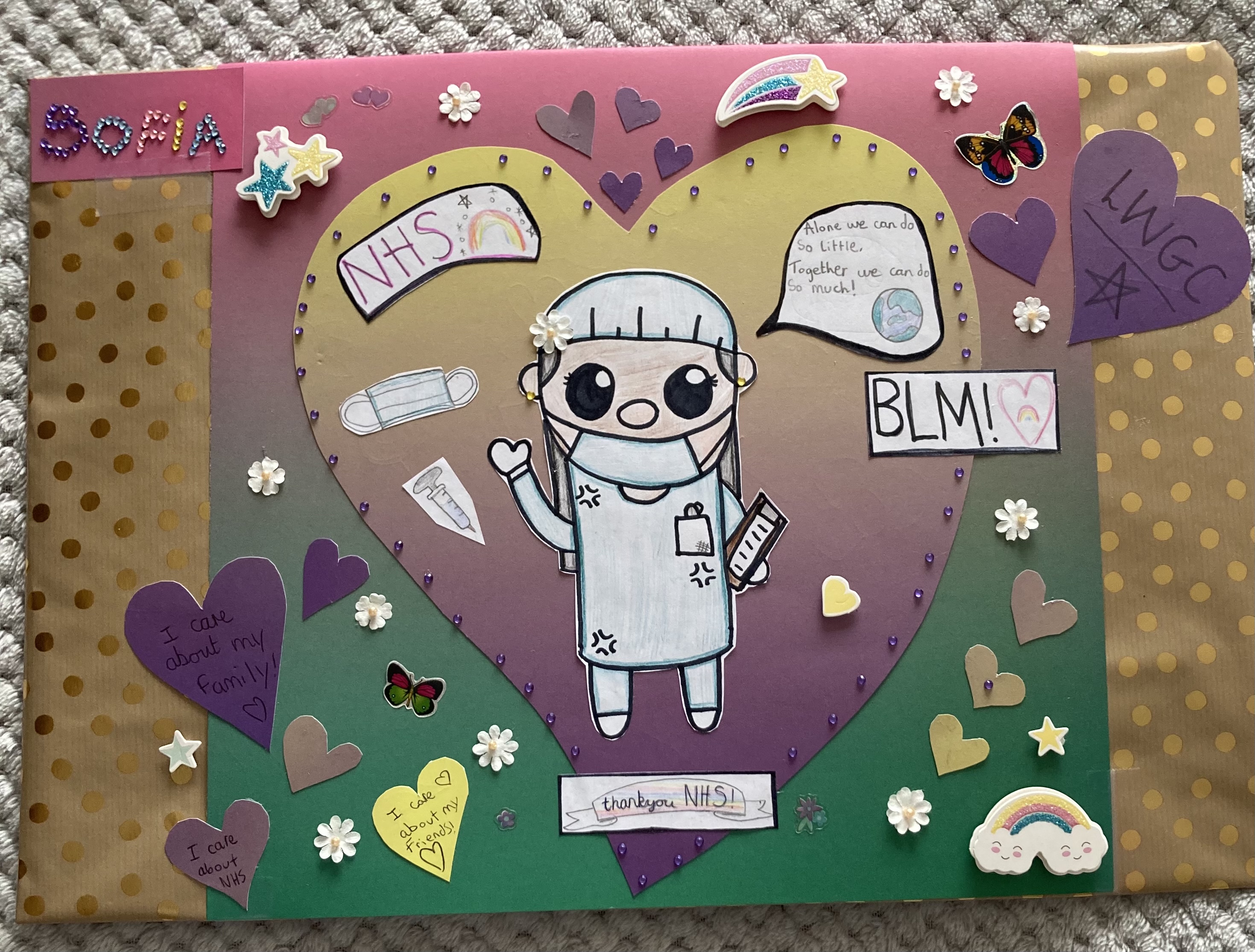 A local gymnastics club has been recognised for going the extra mile to support Warwickshire’s ‘Show You Care’ campaign which pulled communities together during lockdown.

Earlier this year, Warwickshire County Council (WCC) launched the ‘Show You Care’ campaign, which involved Warwickshire communities creating and displaying colourful hearts in their homes and in public places, as a symbol of being kind to each other, supporting neighbours and behaving in a united way to make lockdown easier.

#WarwickshireHearts was used across social media to bring the creations together in one place with over 125 images from residents, schools and nurseries shared via the hashtag. In addition, the Show You Care web page, www.warwickshire.gov.uk/showyoucare, received over 2700 visits over lockdown and wider coverage of the campaign leading to a reach of 4.7million.

The heart symbol was central to the campaign to show the love and care we have for each other as local communities as well as for those working on the frontline during the pandemic. The hearts were also a message of love to all those we miss.

One local group who took on the challenge of creating hearts was the Leamington and Warwick Gymnastics Club (LWGC). Club members, of which there are over 1400 ranging from toddlers to teenagers, designed their colourful hearts as part of their Virtual Club Championship which was set up after they were unable to use their gym in lockdown. The gymnasts took part in virtual workshops and learned a routine to perform which was assessed on the finals day by judges. All the gymnasts who took part in the Championship also created their own 'Show You Care' competition card, in support of the #WarwickshireHearts campaign.

These were judged by Dr Shade Agboola, Director of Public Health at Warwickshire County Council, who said: “I would like to thank the Gymnastics Club for showing such overwhelming support for our Show You Care campaign. It was an honour to see all the brilliant hearts created by the children and young people. Deciding on a winner was an incredibly difficult task and one of the hardest things I’ve ever done, and so, with so many worthy entries, I had to award joint gold, silver, and bronze to reflect this. My congratulations and thanks go to the winners and all the entrants for sharing our message of love, care and support during a very difficult time.”

Leamington and Warwick Gymnastics Club Director, Abby O’Neill said: "It's so important to us that we continue to build and maintain links with our community, especially during these difficult times. Our members created some stunning competition cards and they are so thoughtful. Looking through them all really brought a tear to my eye. I'm truly proud of what a thoughtful and kind team of gymnasts we have here at LWGC and we cannot wait to see them all in real life again soon!"

There were joint winners of the gold, silver and bronze for the competition. Sofia Rodriguez and Madeleine Coleman took gold; Amiah Fraser and Chloe Dempsey won silver; with Isabelle Ray and Alex Cadd winning bronze.

Information about the Show You Care campaign can be found at:   www.warwickshire.gov.uk/showyoucare 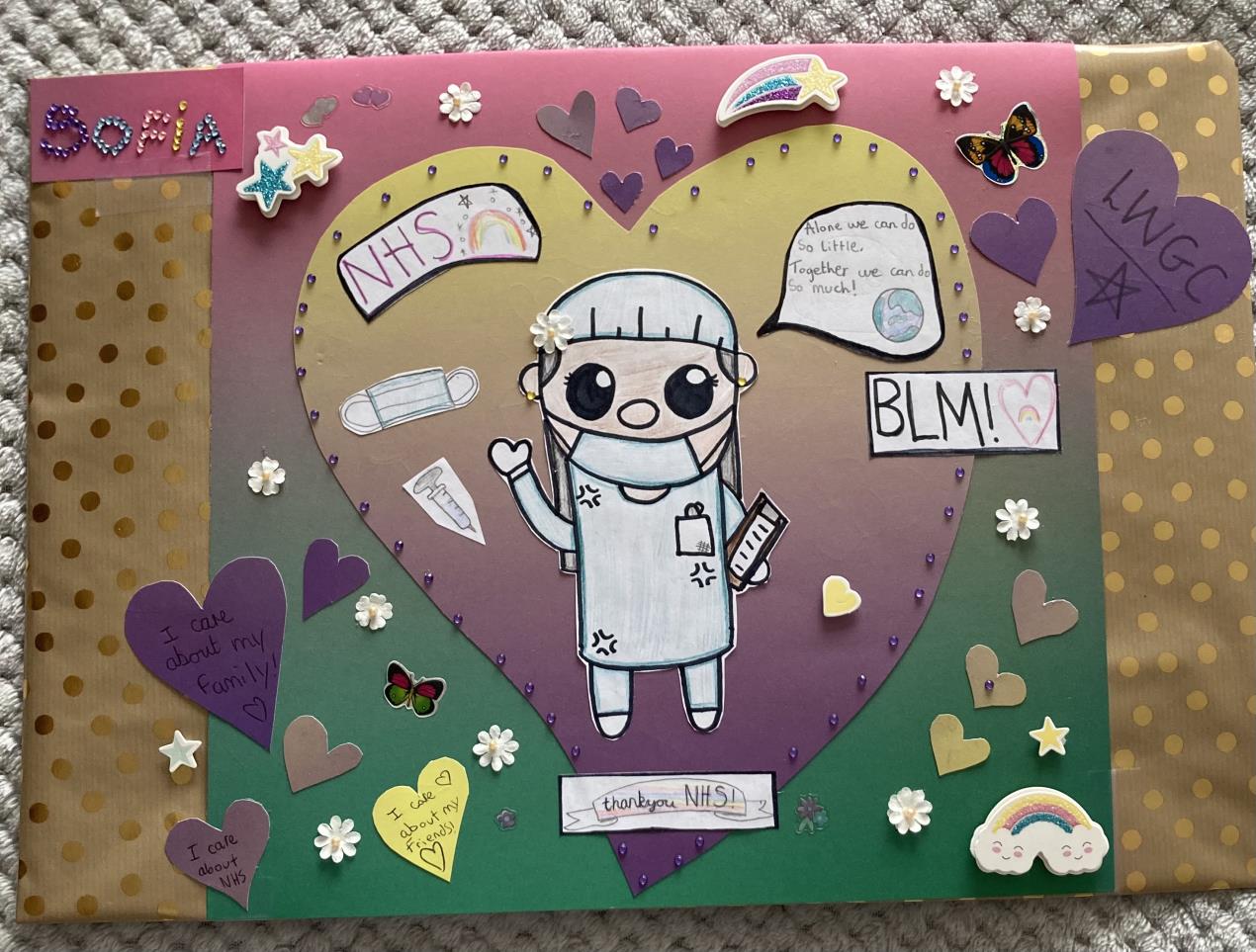 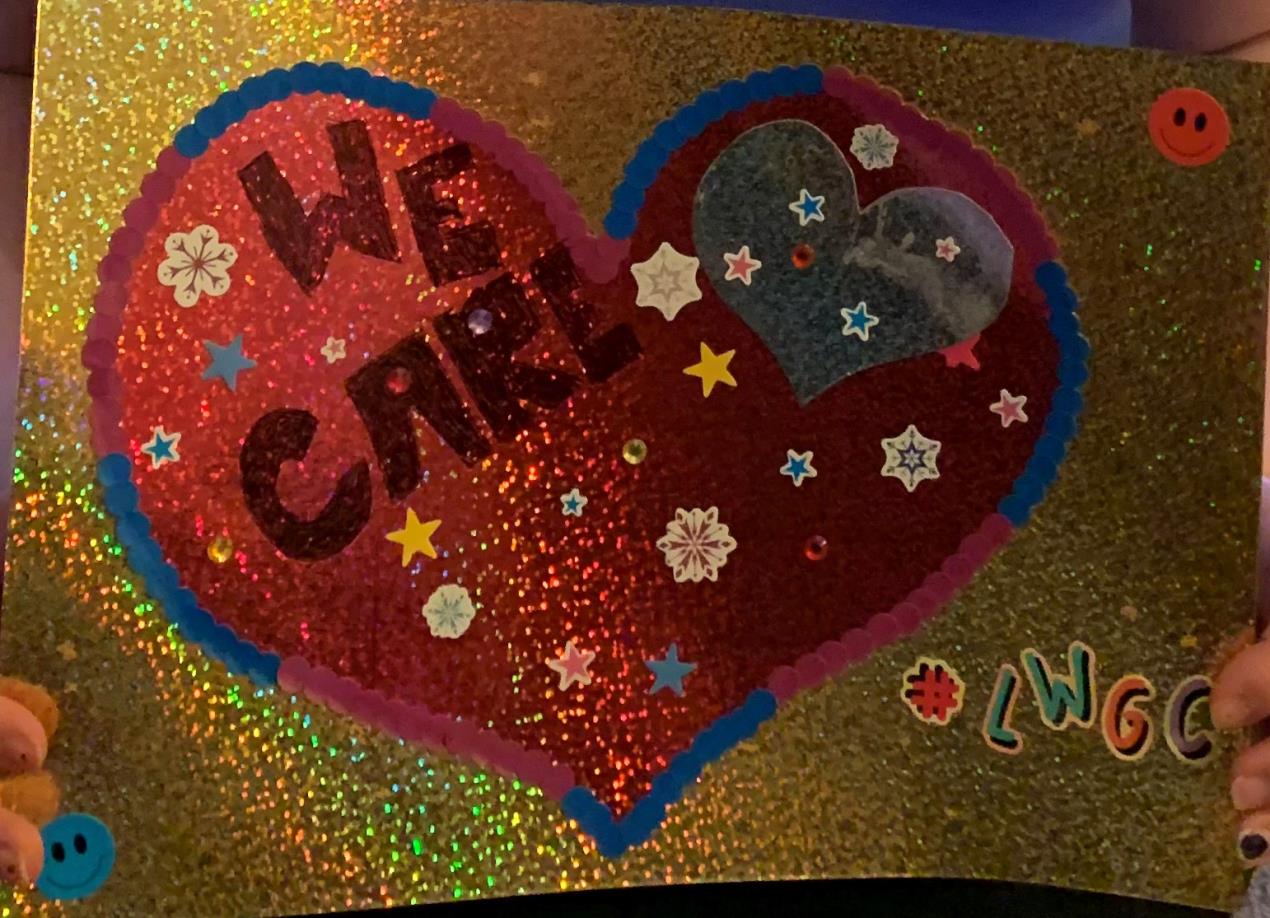 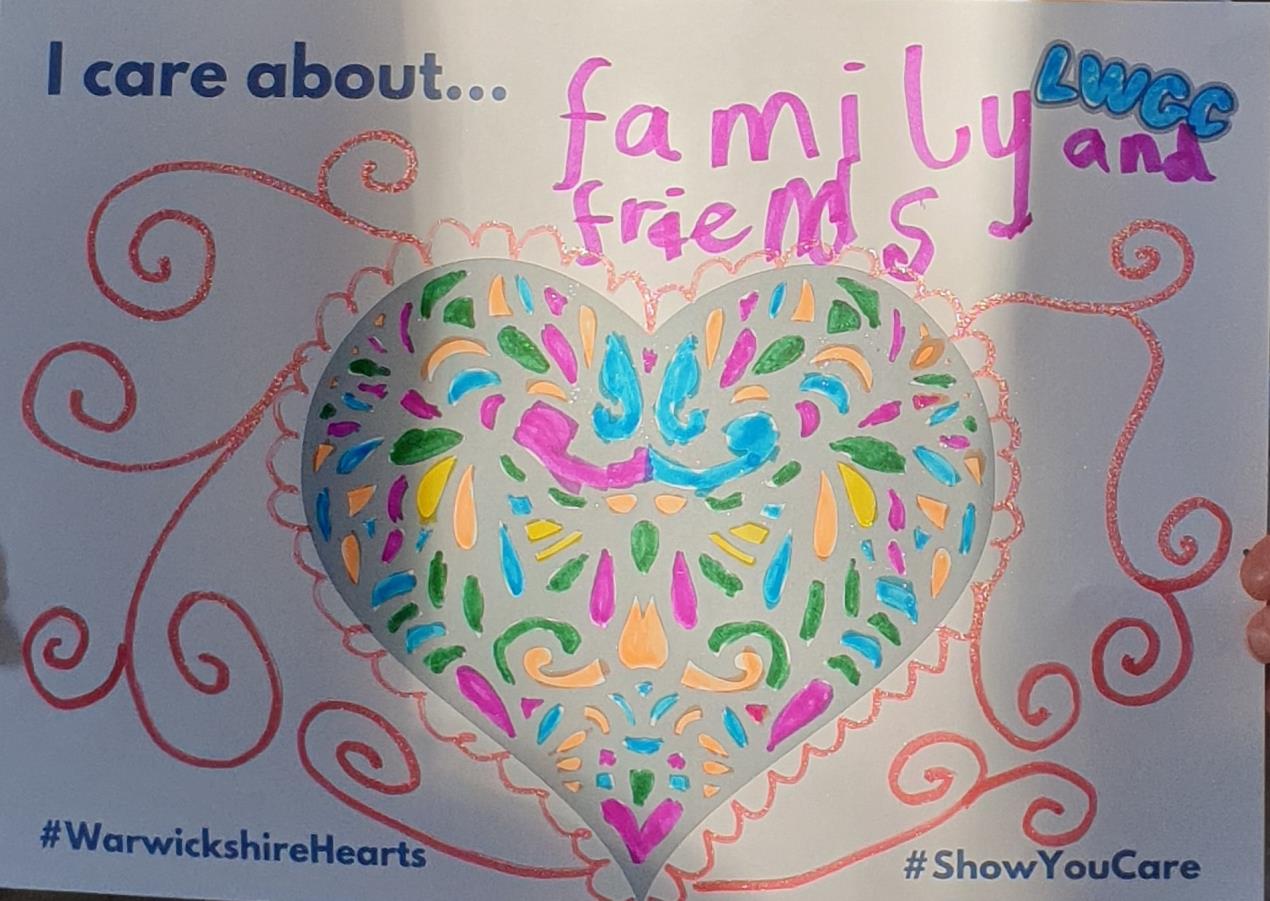 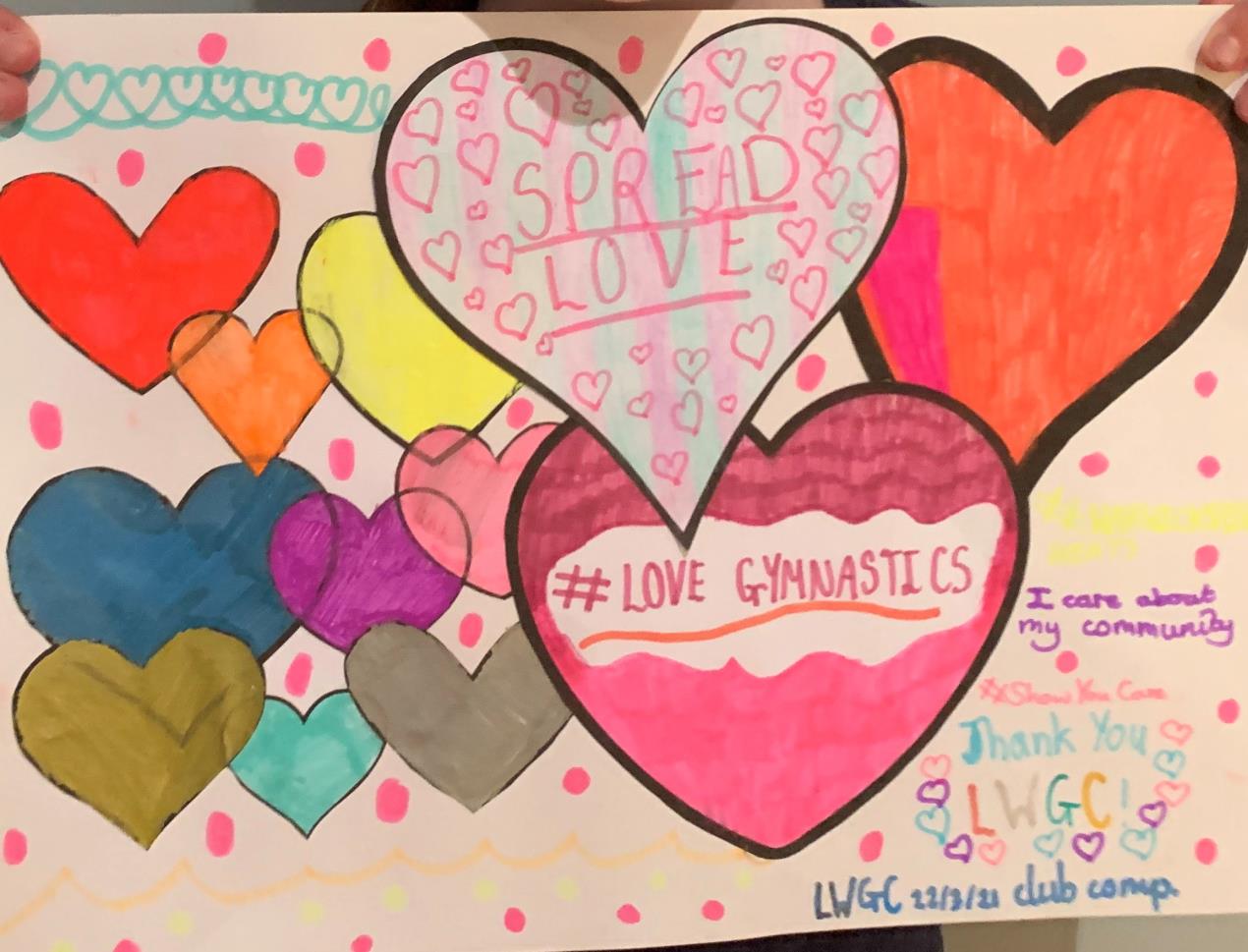 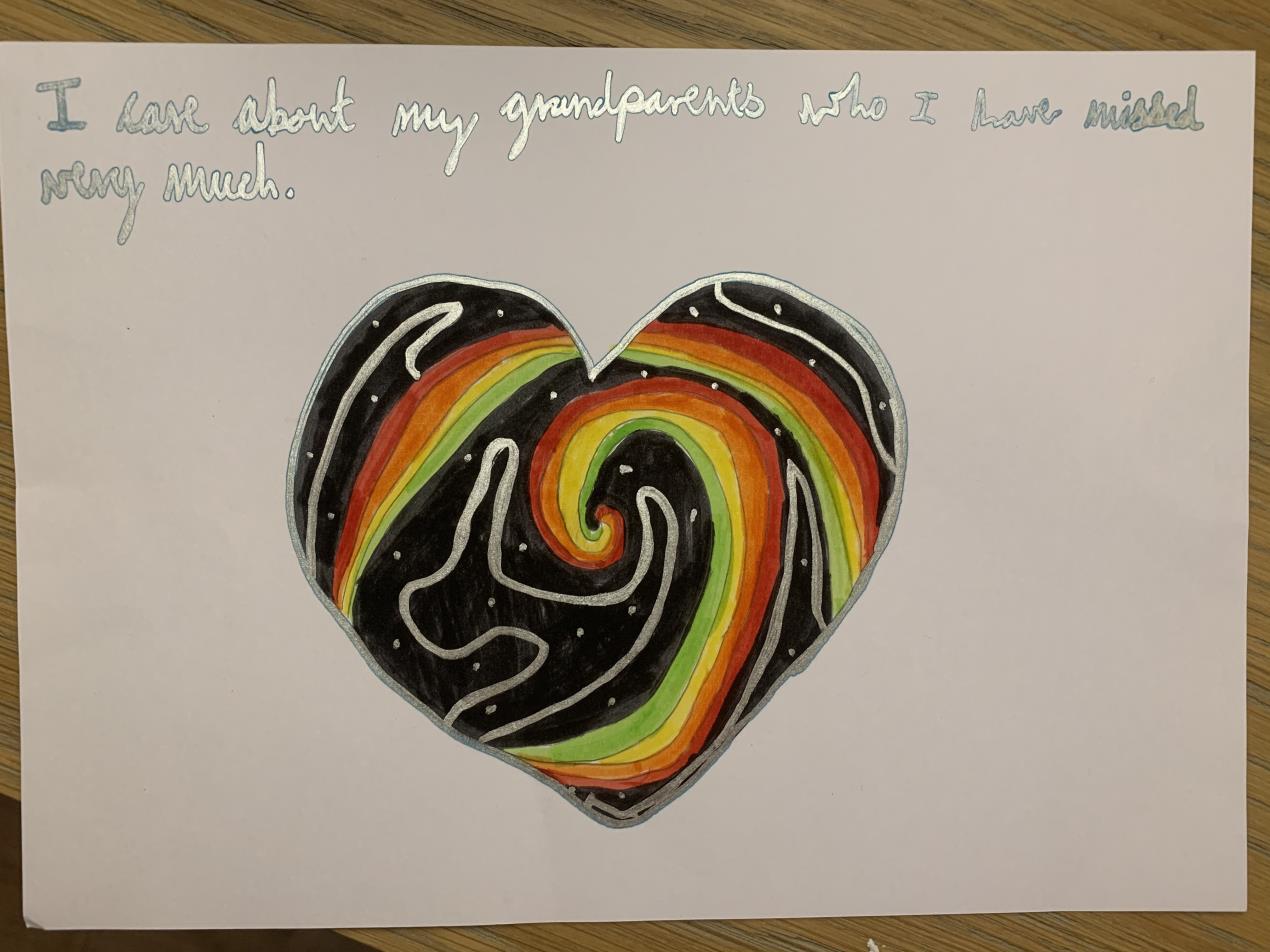 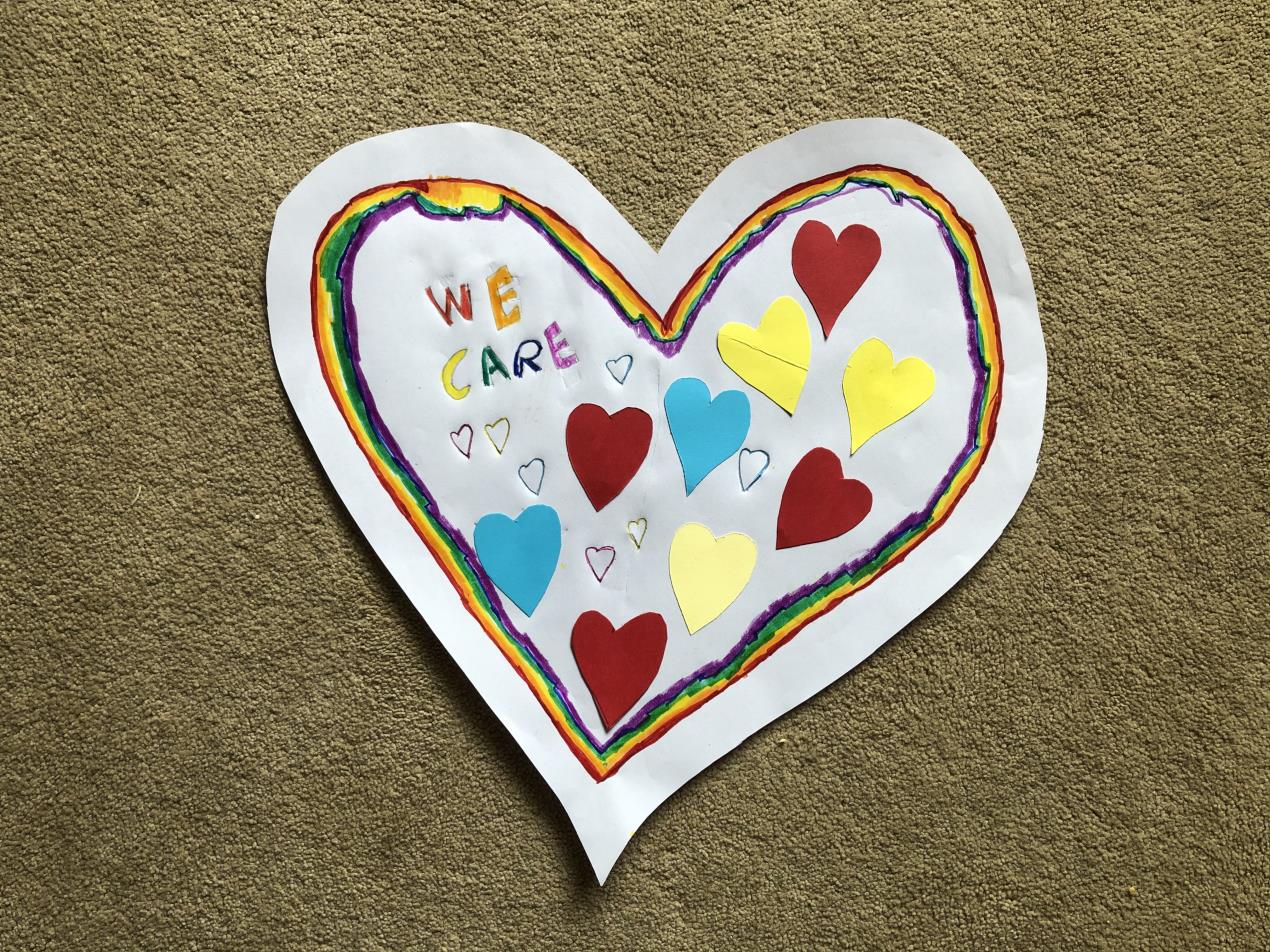