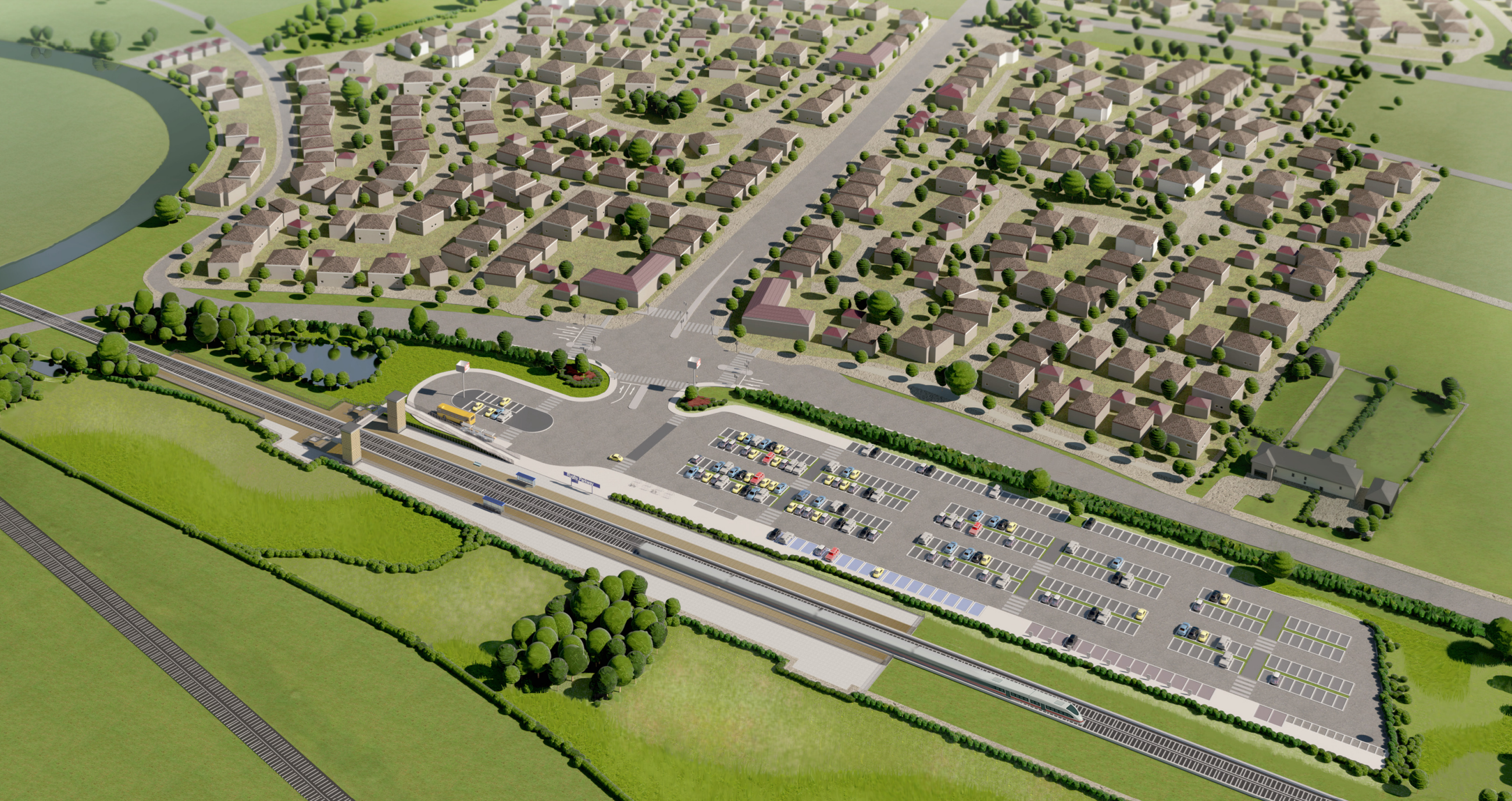 Warwickshire County Council is launching a public engagement on its plans for a new railway station, Rugby Parkway from 23 January.

Warwickshire County Council is undertaking a public engagement on its outline plans for Rugby Parkway Station between January 23 and February 20, ahead of the submission of an application for outline planning permission (to seek permission for the principle of a station development at this location).

The station will be located on land adjacent to the A428 Crick Road, to the South East of Rugby and on the Northampton loop of the West Coast Mainline between Rugby and Long Buckby stations. It will be served by two trains per hour in each direction travelling between Birmingham New Street and London Euston.

Plans for the station include: two platforms with lift and stair access, parking for up 325 vehicles with provision for electric vehicle charging, blue badge holders and parent and child spaces, secure cycle parking, ticket machines, taxi drop off/pick up, ‘kiss and ride’ and a bus stop. The station will be accessed from the Crick Road.

“Rugby Parkway Station is an important part of Warwickshire’s future sustainable transport delivery. Rugby Parkway Station will provide a second access to the local and national rail network making it easier for those who wish to move away from travel by private car to connect with public transport.

“Together, Rugby Parkway and Rugby Station will support Rugby’s growing population and expansion, improving access to employment, education, leisure and travel opportunities for all its residents and businesses."

Information about Rugby Parkway Station including an online feedback form can be found at www.warwickshire.gov.uk/ask.

There will be two community drop-in events; at The Barn at Houlton on February 3 2pm to 7pm and Rugby Central shopping centre, outside Wilko on February 4 9am to 2pm. People can also send their comments to the council by emailing rugbyparkway@warwickshire.gov.uk or by post by writing to Rugby Parkway Engagement, Customer Service Centre, Shire Hall, Market Place, Warwick CV34 4RL.