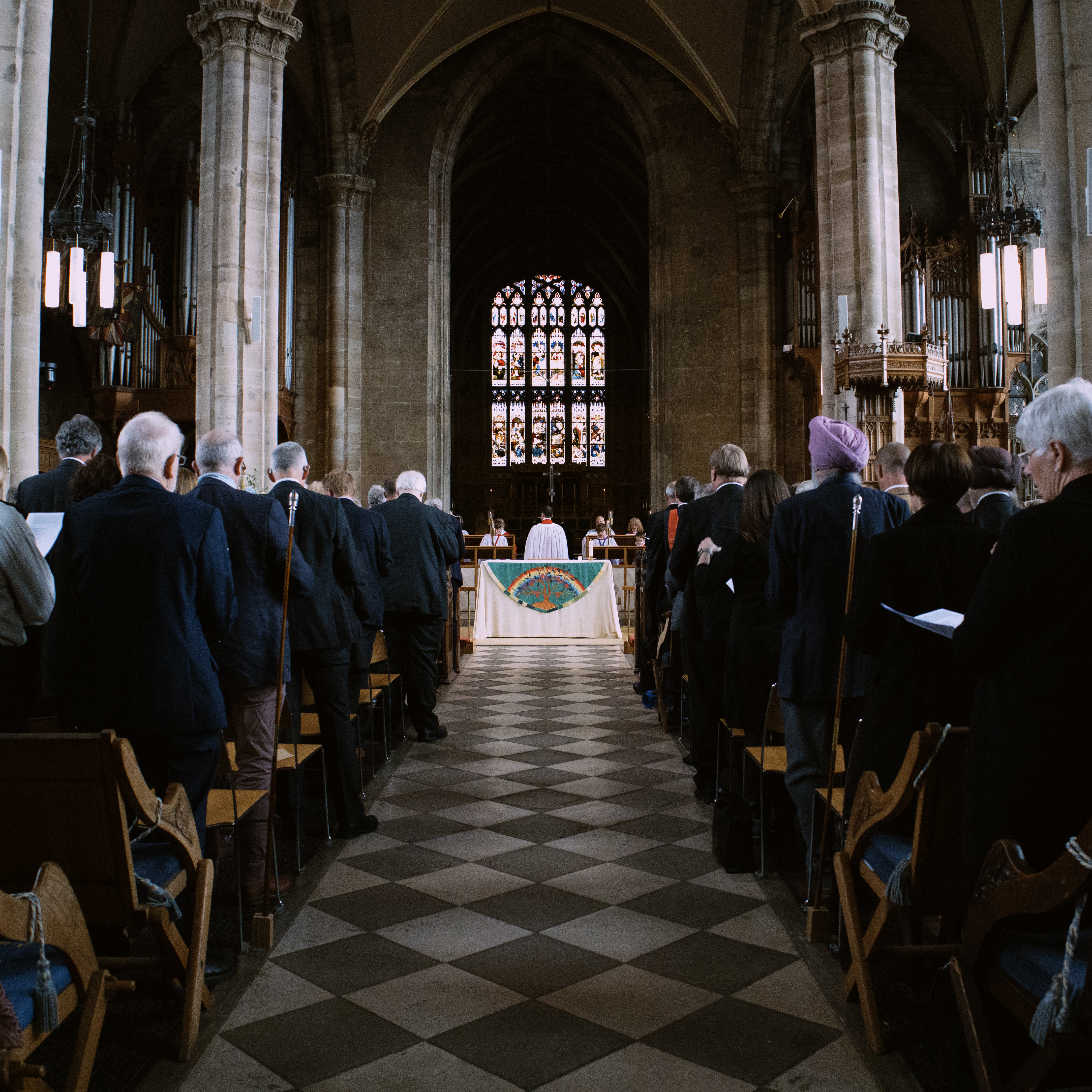 Queen Elizabeth II completed the journey to her final resting place at Windsor on Monday 19 September with a global audience watching on screens across the world. The state funeral was a momentous occasion which marked the end of the period of mourning for country’s longest-serving monarch.

Across Warwickshire, communities came together to mourn the Queen and to celebrate her life and reign with a series of events following the announcement of her death.

This included opening a book of condolence for residents to sign in Shire Hall in Warwick and locations in each district and borough as well an online book of condolence. The tributes within the books will now be archived and preserved at the County Record Office. King Charles III will be informed of their location.

In addition, bouquets of flowers were laid outside Shire Hall which have now been collected and all tributes on the flowers will be archived along with the books of condolence. Flags were also flown at half-mast throughout the mourning period.

The official reading of the Accession Proclamation was held in Warwick outside Shire Hall on Sunday 11 September. The Proclamation was read out by David Kelham, the High Sheriff of Warwickshire, accompanied by the Lord-Lieutenant, Mr Tim Cox. Readings were also held in each district and borough. The readings followed the Official Principal Proclamation of the new King, Charles III, which took place at St James' Palace in the City of London on Saturday 10 September following the death of Her Majesty Queen Elizabeth II.

On Sunday 18 September, Civic dignitaries from across Warwickshire came together at St Mary’s Church in Warwick to commemorate the life of the longest reigning monarch in the nation’s history.

The special commemoration service was conducted by the Bishop of Warwick, The Rt Revd John Stroyan, who offered prayers for Her Majesty Queen Elizabeth II and her family.

The service was one of numerous services taking place in churches across the country, ahead of the State Funeral on Monday, September 19, at Westminster Abbey.

Later that evening a National Moment of Reflection was marked with a one-minute silence, providing an opportunity to reflect on the life and legacy of Her Majesty The Queen.

Talking about the events over the past two weeks, Councillor Dave Humphreys, Chairman of Warwickshire County Council said:

“Seeing communities across Warwickshire, as has been the case across the country, coming together to mourn the loss of Her Majesty, Queen Elizabeth II, to remember with affection and gratitude the lifetime of service given by our longest-reigning monarch, has shown the deep affection and respect the country had for her.

“Across Warwickshire we have seen people lay flowers, sign the book of condolence, attend church services, and come together to mark a minute’s silence. People have also shared their stories of meeting the queen when she visited Warwickshire. It has been a momentous occasion that we have all shared together and one that we will remember for our lifetime.”