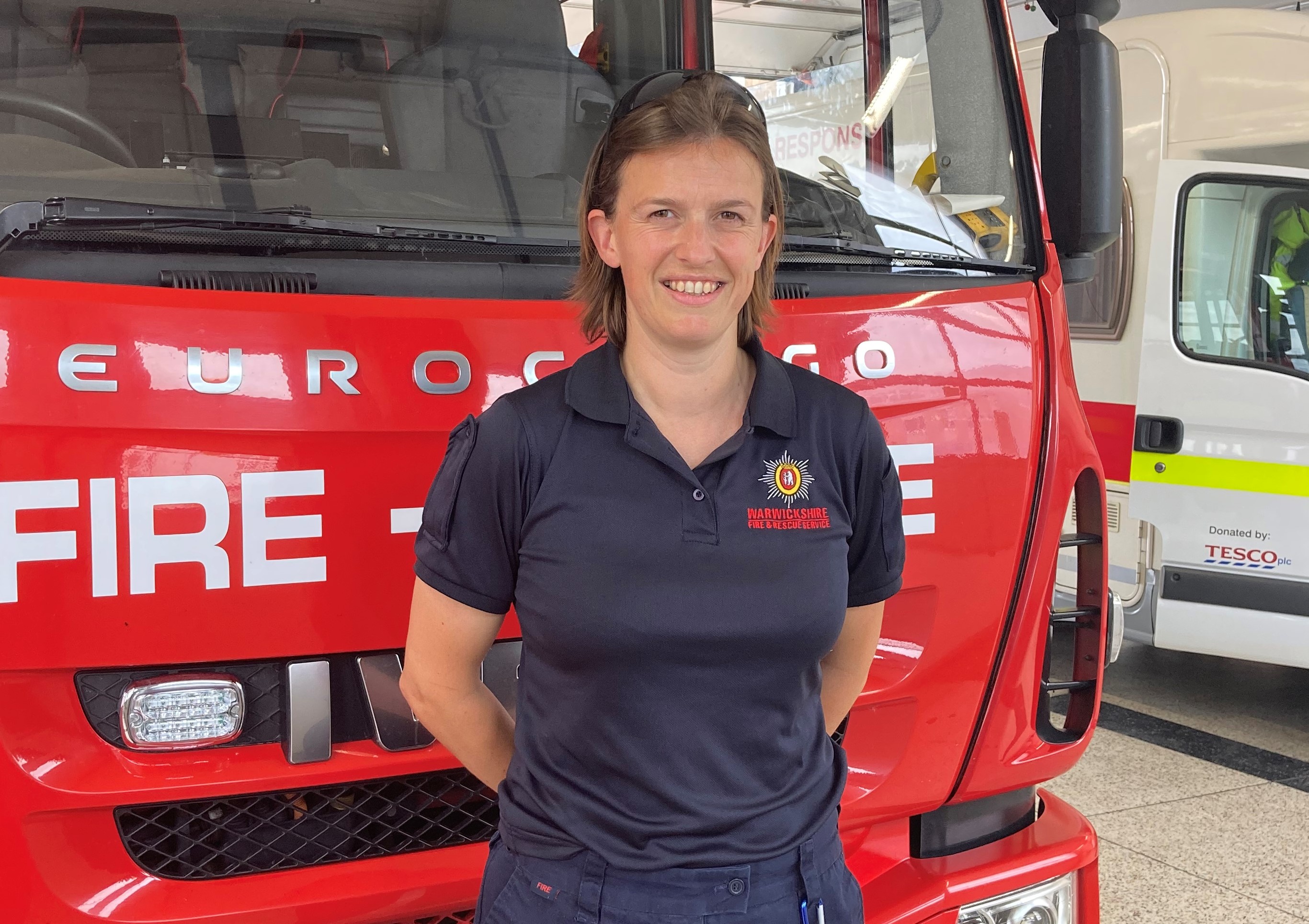 She shared the story behind her signing up:

“I was a maths tutor before I joined WFRS. I loved tutoring but I knew it wasn’t what I wanted to do as my main job for the next 20 years. I wanted something ‘more’ and to work as part of a team.

“Becoming a firefighter started as an instinctive decision when I saw the recruitment advertisement one day on the school run. When I investigated more, I was attracted by the kindness I experienced from many members of staff and the evidence that I could have a good work-life balance. I also liked that there was a requirement to be physically fit, with time given to achieve it.

“The recruitment process was much longer than what I was used to, but every step was explained, and nothing was too complicated.”

“We have a team briefing and do our routine checks, which primarily means making sure all equipment needed for the day is on the truck and in good working order. Then we’ll often have breakfast together or I might get some time in the gym.

“After that, we'll do some training and I'll fit in some online studying or paperwork. We might get called out or we might visit someone's house to do a Safe and Well Check, which includes testing their smoke alarms.  In the afternoon, I'll try to get done anything that I didn't do in the morning. We could be called out to an incident at any time during this. If this happens, from alert to launch is probably 1-2 minutes depending on where you were when the bells dropped.”

Some highlights of the job?

“I love letting children climb into the truck. Their eyes go wide.

“My family were very surprised at my career change, but my daughter loves telling her friends and schoolteachers that her mum is a firefighter!”

Having recently gone through the recruitment process following a dramatic career change, Julia gave some advice on the skills needed by firefighters:

“A willingness to muck in: we don't just fight fires together, we run the station together. Also, determination - there is a lot to learn, at least in the first two years - and stamina, both physical and mental. It won't be needed all the time, but it will be needed.”