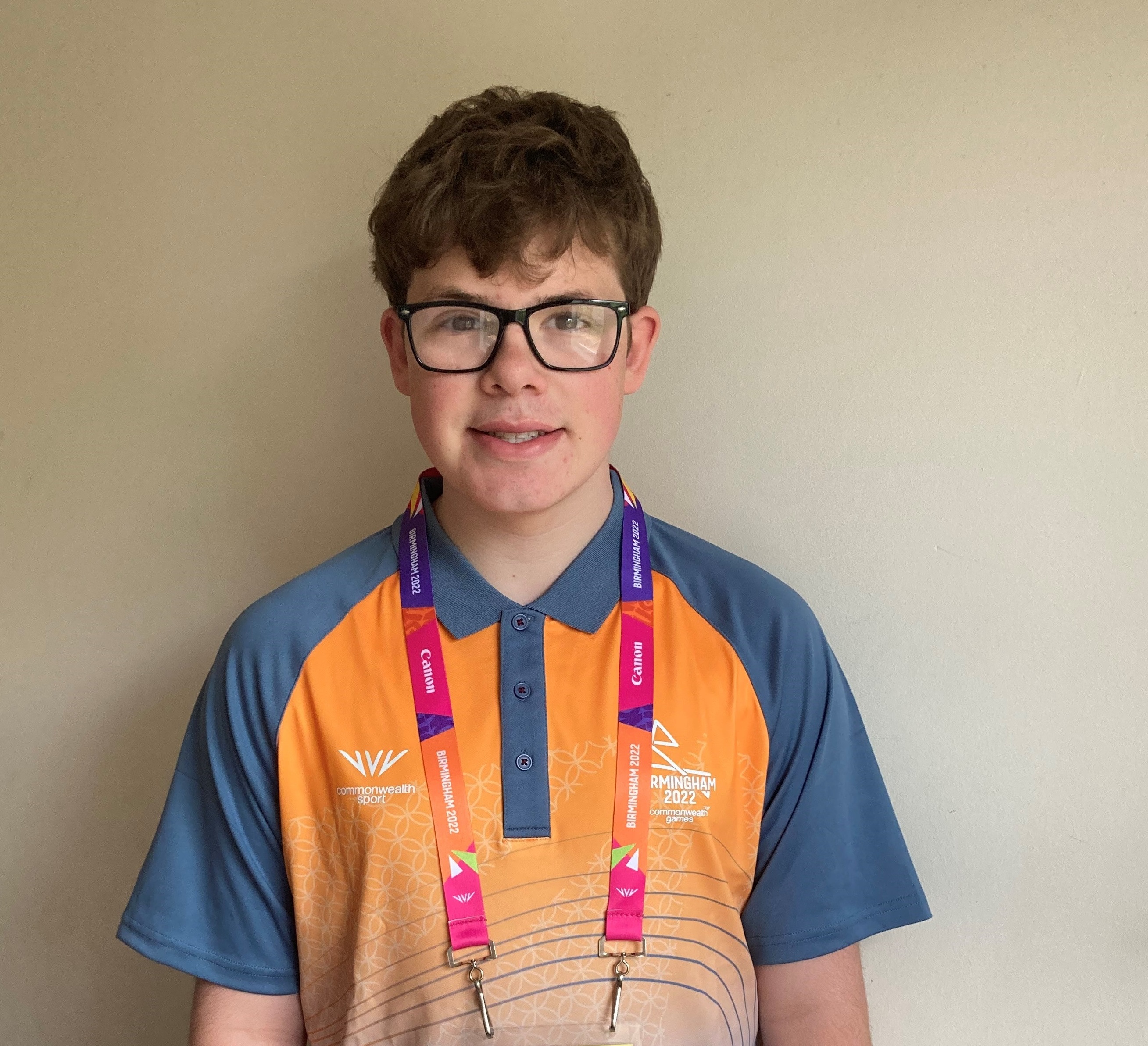 With the launch of the Commonwealth Games last week, we are looking behind the scenes at the volunteers who are playing their part in making the games a real legacy.

With a real love for sports, in particular volleyball, it made perfect sense for Warwickshire teenager, Tobias Lambe to apply for a volunteer role in the Commonwealth Games. Only 17 at the time of application, Tobias, who is autistic, was over the moon to be offered the opportunity to become a youth volunteer.

Playing a key role in the games, courtside as an assistant for beach volleyball in Birmingham, Tobias is looking forward to the excitement the games will bring. His main role will be ball retrieval, similar to that of the ball boys/girls at Wimbledon and sand raking to ensure that the court is flat at the start and during each match.

Tobias has attended several training sessions to prepare for the games which he says have been really exciting.

Talking about his experience as a volunteer for the Commonwealth Games, Tobias said:

“When I found out that I was going to be a volunteer, there was definitely a rush of energy and I got very excited as I have watched a lot of sports and now, I actually get to be involved. The training has been really fun, although there was a lot to remember in a short time, so I’m looking forward to putting everything I have learnt into action.”

“The thing I am most looking forward to is meeting the athletes, seeing the games and their techniques up close and generally being part of the show. It is an incredible opportunity.”

When asked about the importance for young people to get involved in the Commonwealth Games, Tobias continued:

“Getting young people involved not only gives them a brilliant experience, but it will also encourage them to volunteer in the future for roles they may not have previously considered. It also represents the youth of the area and shows that we can do things. Encouraging not only our peers to get involved in sports and be helpful, but also helping young people to gain the confidence to be part of something big, to feel useful and valued and to make a difference, which is something that young people with special educational needs and disabilities (SEND) sometimes struggle with as they don’t feel that they are equal or as good as others.”

“But with the Commonwealth Games people with SEND are playing an active role - not only as athletes but also as volunteers.  Being part of that legacy is incredible and I hope it will show that everyone has a role to play no matter their age or circumstances.”

“The Commonwealth Games has given so many people the opportunity to get involved and be part of something special. Seeing so many young people stepping forward as volunteers has been incredible. Not only are they contributing to making Warwickshire the best it can be, but they are also a real inspiration to all young people across the county. I would like to personally thank Tobias for the role he is playing, and I hope he enjoys being part of the Commonwealth Games legacy.”

Tobias will be volunteering at the beach volleyball games between Saturday 30 July to Sunday 7 August 2022 for the live final. For more information on the games please visit https://www.birmingham2022.com/sports/beach-volleyball