The September update on progress towards the A46 Stoneleigh Junction Improvement Scheme.

In the period since early August, the first phase of the earthworks fill operations to the southbound off-slip, northbound on-slip and east and west gyratories of the new roundabout to the A46 have been completed. This is a significant milestone in the project programme as it now allows the construction of the other road infrastructure (such as drainage, ducting for electrical installations, installation of kerbing, erection of street lighting and road signage as well as laying the tarmac surfacing to the road). By completing this work, it is planned in the future to switch the traffic to use the new east and west gyratory as well as the two new slip roads so that the existing slip roads can be taken out of service and the work to the new A46 bridge can begin.

The earthworks fill operation will continue, with the imported material now being placed alongside Stoneleigh Road heading towards Finham Brook and will be continued in the weeks ahead.

In this period, work begin on preparing to install the piling foundations for the new Westley Bridge over Finham Brook. This has involved the installation of piling “mats” (basically temporary flat stable surfaces constructed from stone) that will enabling the piling rig to install the piles. Ultimately, thirty piles, each around 7.5m long will be driven alongside Finham Brook to form the first part of the foundations to the new bridge.

Vodafone have also begun work on site to divert and lower an existing communications cable that runs along the southbound A46, including the off-slip and on-slip (and crossing Stoneleigh Road East) as it would clash with the new roundabout arrangement.

The importing of new earthworks fill that has been ongoing for the last few months in this area was completed in August. This is now at the level that the new road will be installed to. This has allowed us to start work on constructing the road that eventually will carry ordinary traffic.

Several work activities are now taking place in this area. New drainage pipework and manholes are being installed which will form the rainwater drainage system from the new road. Some of the earthwork embankments are being topsoiled (which is the final layer of material to be placed and will eventually be seeded and planted). New ducting for new electrical infrastructure (for example street lighting and the new traffic signals) is being installed and the road foundation is being cut and the hardcore capping is being laid. With this last activity taking place, it is now possible to imagine the layout of the new road, and this can be seen in Figure 1. 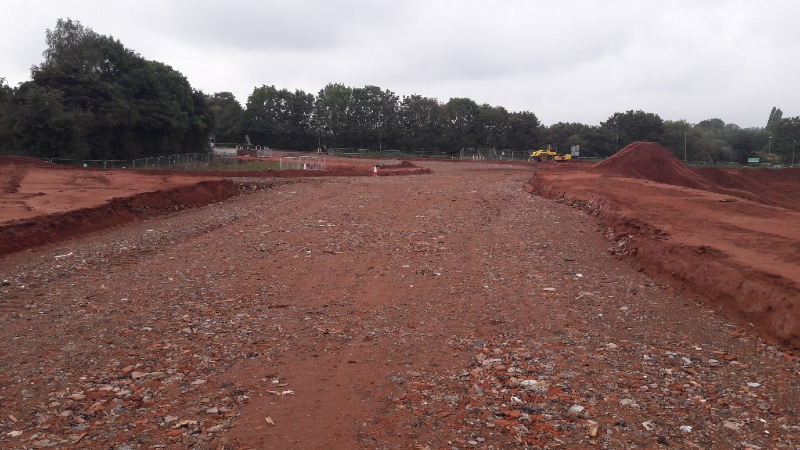 Figure 1 – New road construction showing capping foundation. The picture was taken at the top of the new northbound on-slip road looking back to the new roundabout gyratory.

Like the northbound on-slip and western gyratory, the earthworks fill operation in this area was completed in August and work has begun on the other aspects of the road construction – the drainage, ducting, topsoiling and road foundation construction. This can be seen in Figure 2. 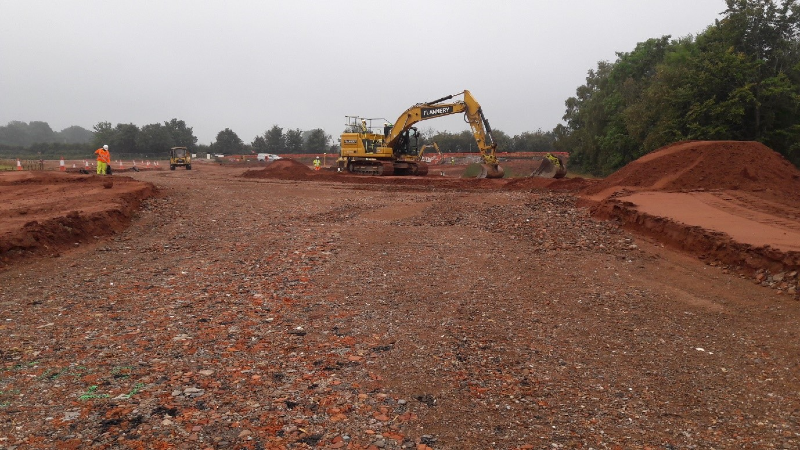 Figure 2 – New road construction showing capping foundation. The picture was taken at what will become the give way line at the top of the southbound off-slip looking towards the new roundabout gyratory.

Vodafone Works on Stoneleigh Road East and the Southbound Off-Slip

There is an existing Vodafone communications cable alongside the southbound A46. This cable comes up the southbound off-slip, crosses over Stoneleigh Road East and then heads back to the A46 along the southbound on-slip. The cable is quite close to the surface, impeding the new road construction for the eastern gyratory roundabout. To avoid damage, it must be relocated and lowered. Three-way traffic signals have been installed off peak at the junction of the southbound off-slip and Stoneleigh Road East to allow Vodafone to carry out footway excavation works to dig and lower/move the existing cable. This will allow the new road from the gyratory to be built across the new lower cable.

Vodafone will work on two further locations on the southbound off-slip to lower the cable and provide a concreate slab protection. This work will be done within the confines of the existing traffic management arrangement already in place on the slip road.

Now the first stage of the fill operations (to complete the new northbound on-slip and southbound off-slip along with the new east and west gyratories) is complete, works will continue to fill down towards Finham Brook and create the area for the new Dalehouse Lane roundabout. This work has started at the beginning of September but is in the early stages.

The works to construct the new Westley Bridge commenced in August. The bridge is constructed from thirty 7.5m long piles driven into the ground alongside Finham Brook. These piles will form the foundation to the new bridge and are required as the ground around the Brook is very wet and structurally poor.

To construct the piles, it is necessary to create a temporary flat and level surface (known as a piling mat) for the piling rig will sit on and drive the piles into the ground. This piling mat was installed in late August to early September and is ready for the start of the piling – due to begin late September. 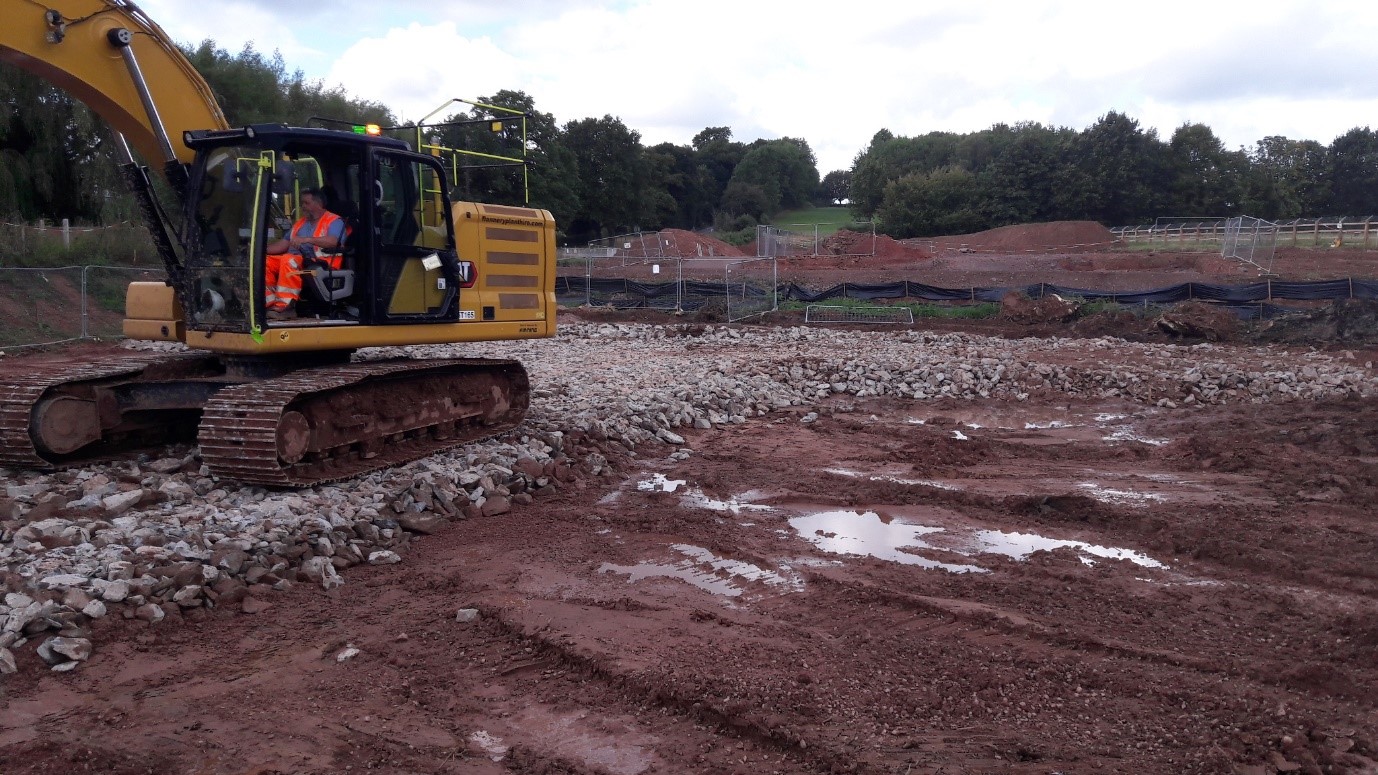 On the 6 September 2021, some overnight closures are planned which will introduce narrow lanes onto the mainline A46 to create safe working room for the various changes to drainage, earthworks, ducting and lighting on the mainline A46. These narrow lanes will also allow the completion of the work to the new slip roads with an aim to switch traffic onto the new slip roads and to close the existing slip roads. The narrow lane running arrangement is expected to be in place for around 6 months.

As part of this traffic management, a free vehicle recovery service will be provided that will monitor the A46 traffic flows 24 hours a day, 7 days a week to provide a rapid response to any vehicle that breaks down or is in trouble within the narrow lanes.

In the coming months, earthworks operations will continue to bring the ground up to the required level around the site of the new Dalehouse Lane roundabout.

Around mid-September, the construction of the new permanent Westley Bridge will continue with the driving of piles to form the bridge’s foundations. Work will also progress with tarmacking surfaces to allow the existing northbound on-slip and southbound off-slips to be closed and traffic switched to the new slip roads. Kerbing to the new slip roads and east and west gyratory is also expected to begin.