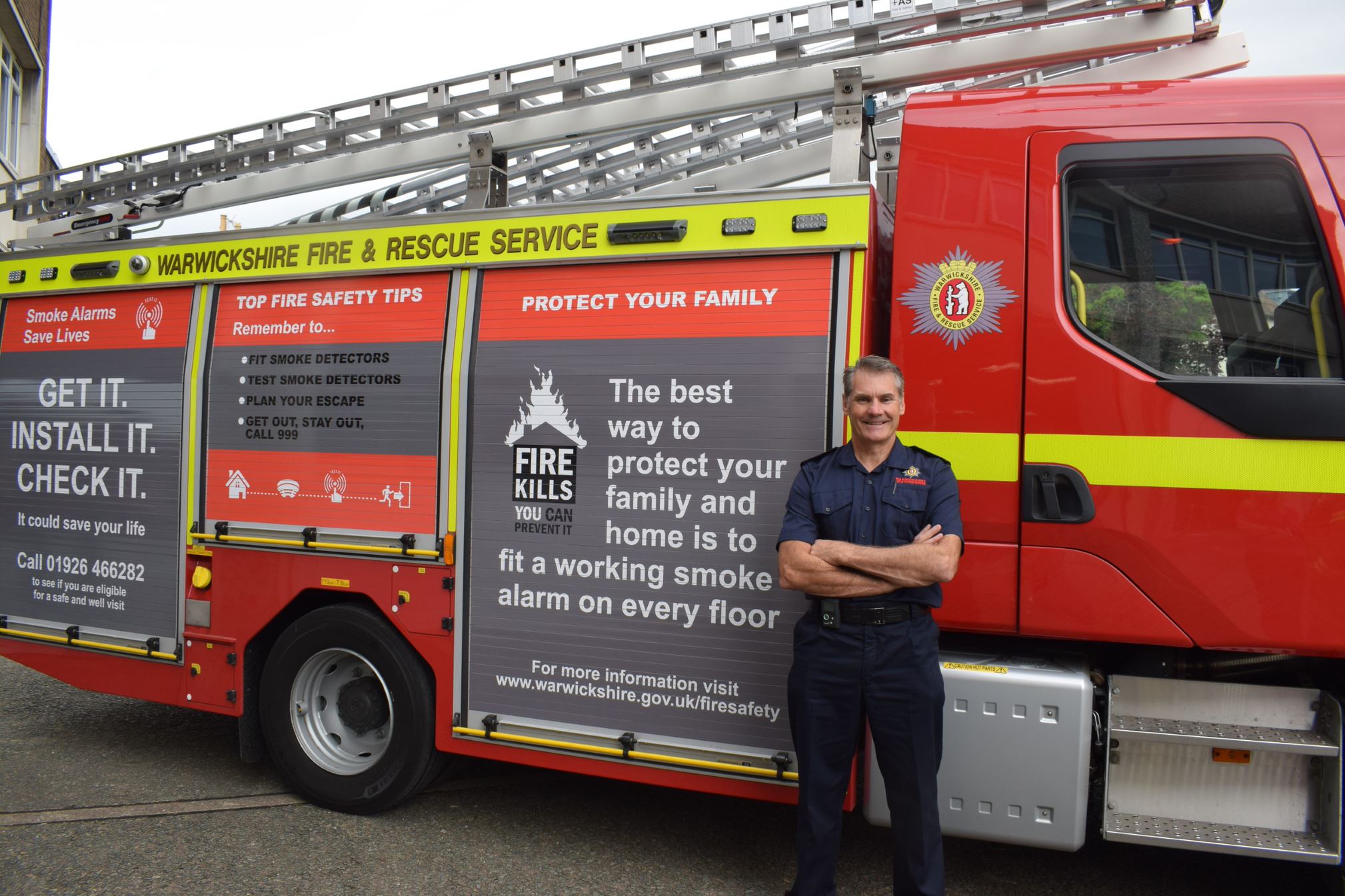 Warwickshire's Group Commander, Steve Langhor will be hanging up his boots for the last time on Monday (13 September) after serving Warwickshire Fire and Rescue Service (WFRS) and the communities of Warwickshire for 34 years.

Steve began his career with WFRS in 1987 as a firefighter at Atherstone Fire Station. Since that time, he has risen through the ranks, including a spell as Station Manager for Nuneaton and Bedworth, working his way up to group Manager. Over the last decade Steve has worked as Group Manager in Training and Development, Response and Technical departments and recently spent several months as Area Manager Response in charge of our emergency cover for the whole County. In every role he has taken on Steve has demonstrated his drive and commitment to making Warwickshire communities safer.

“Steve has played an instrumental role within the Service for so many years and he will be missed for his pragmatic and energetic approach to getting the job done, regardless of the task before him.

"He will be missed by everyone here at Warwickshire Fire and Rescue Service and all those who had the pleasure of working with him over the last 34 years.

“Steve has been an exceptional fire officer whose hard work and commitment has made Warwickshire a safer place. I wish him all the very best for the future and hope that he has a long, active and healthy retirement.”

“I would personally like to thank Steve for dedicating 34 years of his life to the fire and rescue service and the community of Warwickshire. He has had a long and illustrious career and is a credit to the Service. I wish him all the very best in his retirement and I hope he has lots of exciting adventures planned.”