This scheme has been identified as one of the key transport priorities within Warwickshire and as part of wider improvements to the A46 to:

Increasing traffic on our highway network has meant that the junction of the A46 with Birmingham Road at Stanks roundabout is now unable to cope with demand. This problem will only get worse. Currently, traffic regularly queues on the A46 slip roads and on Birmingham Road travelling from Hatton during the morning rush hour. In the evening rush hour, traffic queues into Warwick town centre. Queuing on the slip roads is of particular concern where these queues start to conflict with the flow of traffic on the A46.

With this heavy demand at the roundabout, the normal give way process ceases to work as vehicles queue on the circulating part of the roundabout, blocking the entry points. 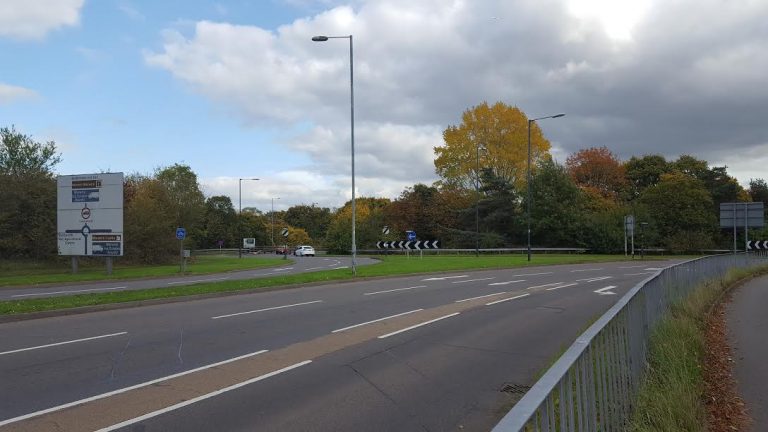